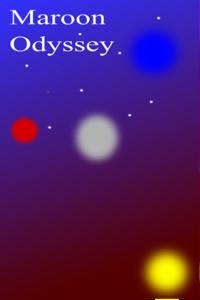 This is the story of a group of survivors of a plane crash which landed inexplicably in an alien landscape filled with warriors and wizards, dragons and demons, magic and mystery, and a world filled with people who have more pressing things to worry about. Like making sure rent is paid, food is on the table and their children have as many advantages as possible to succeed in life.

Of course our marooned survivors also need these basic things. Food and lodging, weapons to defend themselves, and training in skills to keep themselves alive and provide a real income. Not everyone is destined to loot a dragon’s hoard or become king of a wealthy country.

Maroon Odyssey is trying to reimagine litrpgs/progression fantasies in a more grounded setting. Characters grow in power. But the power progression is just a part of everyday life. A farmer becomes a better farmer by farming. The more he ploughs fields the better at ploughing he becomes. If he becomes good enough he can outplough a tractor. But he doesn’t gain xp in ploughing or level up his farmer class. It just happens naturally. Better equipment, certain spells, or other avenues of advancement are available for those who can afford them. And there are thousands of years of magical gear made by skilled artisans being inherited, traded or looted from dungeons. So many farmers live an easy life with generations’ of family wealth easing their path of advancement.

Assuming the farm doesn’t get sacked by bandits, wandering monsters, or any other myriad threat. Life might be good for three or more generations of a farm’s existence. But then disaster strikes and the poor farmer has to start over from nothing.

And that’s where our protagonists find themselves. A group of unfortunates with varying educations and skillsets which are very valuable in their old world; but are much harder to profit off of in their new one. And the most pressing question they have is whether they should risk their lives searching for a way to return to their homes and families or just deciding to start over from scratch and live the best life they can.

This is my first serious work and I know it’s rough around the edges. I’m going to try update every day with chapters around 1500 to 2000 words. The plan is transition to longer chapters twice a week as the story becomes broader in scope.

I’ll try keep the overall tone of the story to be one of optimism and overcoming hardship. But at time I’m going to explore themes involving trauma and the ethics of robbery, murder and slavery. Don’t expect the characters to make the moral choices in every situation.

Also, please feel free to criticise any mistakes in grammar, slang, etc. as I’m trying to improve my writing. And writing a group of characters from diverse backgrounds without resorting to stereotypes isn’t easy. Especially with regard to writing characters from countries where each city/ethnicity has its own language/dialect and culture.