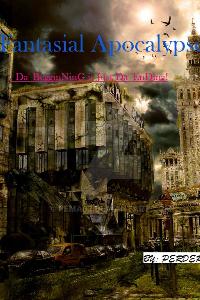 Comet Storms, Invaders from Space, Zombie Apocalypse, Pandemics, or the Armageddon— Throughout history, humans have imagined all sorts of ways as to how [ The world would end ].
Global warming and dealing with disasters, such as plagues, earthquakes, wars, floods, invasions, murders, droughts, and battles. Some says that all of these could end the world.
Even the 16th century prophet Michel de Nostradame, the very famous Nostradamus, seemed to know how the end of the world was going to come to pass and prophesized.
But reality was proven different.
The world didn’t end with those simple propositions.
In fact, it was completely different. It could even be said to be magical, straight out of fantasy stories.
Yeah. That’s right! Monsters and Beasts, Gods and Demons all of them appeared one after another and caused the world to end.
… And this event marks the beginning of a new era. An era of monsters and demon roaming around the world.
However, these invaders hated humanity and so they tried to extinguish them. Leading Humanity to fight for their survival!
Allen Bando, the world’s most wanted criminal; [ The Black Demon King ] joined the [ Dawn Alliance ] to fight but failed in the end.
Now that he was given a second chance, what calamity would he brought in his return… ?
Allen: I have seen my land change with my own eyes and watched the masses brought to their knees.
Even though I died, I have not regretted what I have done, but what I have not done.
The world change and my comrades betrayed me but in this second life, I will not lose.
World, bring it on!
You want to see me fail but not today motherf*cker! This world has every odd against me but I will stand my ground because this world should remain mine forever.
Many are torn apart but I am a Man!
I will stand with my heart on my sleeve.
I will kneel nor bow to no one!!
World, for the second time around, here I come!!