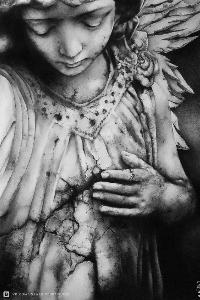 This story is pretty grim and depressing with vivid violence (gore on the later part). Sexual content is included but I don't plan on making this an ero-novel so it will just involve rape and (not-so)normal intercourse. MC starts normal and simple then turns anti-hero but... well, let's just say he won't stay that way but he also won't be a "good guy". Just a HEADS UP, I am not into satanism or cults or anti-christ but some themes and dialogues here are related to demons and stuff like that so to those who will read this, YOU HAVE BEEN WARNED.

This story is a fictional novel by which is created by the author's own words and thoughts. Any person, circumstances or happenings that are written here is purely fictional and does not relate to anything that might coincide with the plot settings and characters of this story. This story is the manifestation of the author's (my) own understanding of pain, deceit, struggles, betrayal and suffering but it does not represent the author's (my) own experiences in life.