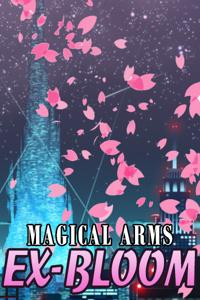 Iori Samemoto always admired the form and strength of the magical girls who protected her city. Daring and charming warriors who struck down evil and looked good while doing it. By a stroke of fate she is given the chance to become one herself! Ribbons, talking animals, cute callouts! It turns out that Iori's dreams might be further away than she thought. Instead of using their magical forms to fight directly, magical girls use them to power giant robots!
"Wait a second, this isn't cute at all!" Iori has to learn fast - a new threat is approaching the city that only she can deal with, and the other magical girls don't seem too friendly!