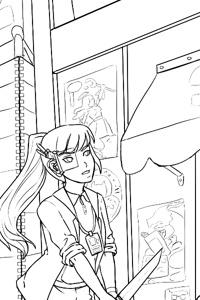 When humanity first encountered alien life, we were judged and found wanting.
The Galactic Consensus interviewed our leaders and subjected us to a battery of psychological tests to determine our progress as a society. They found us to be selfish, wasteful, impulsive, and boorish neighbors. Earth was blockaded and our collective encounter with our extrasolar neighbors rapidly faded from memory.
All they left behind was a hypercomm relay and a handful of subscriptions to a massively multiplayer game that participants played in their sleep. The Consensus said that it would let us interact with our neighbors in a controlled setting. That it would teach us to be better members of the galactic community.
The megacorporations that controlled Earth ignored the game until they learned that the powers earned from clearing dungeons were just as real when day broke. Magic, supernatural abilities and rumors exploded from nothing and a subscription to The Tower of Somnus became a status symbol.
Katherine ‘Kat’ Debs doesn’t have much, but it could be worse. Born in an arcology, she was assigned a job in the megacorporation that raised her almost as soon as she could work. Despite the stability of her corporate life, she wanted something more. A chance to claw her way up the rigid social and financial ladder to make something of herself.
A chance that wouldn’t come naturally to someone as familiar with dark alleyways and the glint of steel as she was with office work and corporate niceties.Cover art by Faewild- - - - - -This story is a National Novel Writing Month/Writeathon entry. The goal is to write it rapidly to completion as a rough draft at which point it will probably go to editing/Kindle (I.e. this story will likely disappear at some point).Given this story's nature there will be no backlog, no patreon, no editing, and no mercy.Thanks for reading along with me!