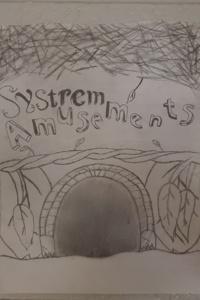 For as long as history has been recorded, the scrolls have held power over all life on the continent. When a blight was forthcoming, the scrolls foretold it. When dangerous beasts reared their faces in civilised society, the scrolls chose the bravest and brightest to defend our way of life. It is only fair, then, that the scrolls would guide our brave adventurers through every step they should take upon \The Path/. Take heart, you intrepid four, for your scroll within your grasp connects you to the will of the world itself. Follow where it leads, and you will find your path to greatness.
-Prefect Chelbun; The Initiated's Guide to Adventure

Solomon always took the words of his scroll to heart. Where the scroll led, he would have his team follow. Any doubts his team may have were always dashed away by the words scrawled upon that ethereal parchment. Were that ever to fail, swift dicipline would bring his team in line. When the scroll told him to take his first retirement early, he was more than willing to return home and spend the next five years in comfort. It's such a shame, then, that Solomon's team had other plans for him.
Clive was never was a fan of the rules, but he still played his part. Despite this, every moment was spent seeing how far he could strech things before he was broken back into line. Now that he was 'retired', however, he had much more room to stretch himself. Now he's got a plan, one that might just make the rules bend his way, for once.
Meanwhile, some intrepid new adventurers are ready to make a name for themselves. Fresh off their initiation, they've already received their first quest, their first tale to tell around the hearth. Chances are good, however, that this story is beyond anything they were expecting.
On a journey through uncharted territory, laberinthine cities, and conspiracies older than time itself, only one thing is certain. Whatever comes their way, it's sure to be an amusing tale.