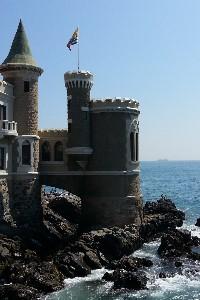 Laura Alexandra Muriel is the willful 16-year-old crown princess of the island kingdom of Andania. Endowed with breathtaking beauty and well-versed in both the twin arts of magic and the zither, she’s the gem of the imperial family.
However, the golden age of Andania is long past and the weakened nation is besieged by the northern protectorate of Vaishya and threatened by the southern slave empire of Saadian. As the flames of war ignite throughout the world and Andania teeters on the brink of destruction, the nation’s survival demands the ultimate sacrifice from one to save the many.

A civilization with two opposing systems of magic.
Ancient Magic: Wielded only by Andanian witches, emphasizes innate Talent and self-sacrifice for higher magic (Talismans, Song).
New Creation Magic: Preferred by the high gods & the rest of the world, requires sacrificing the life energy and blood of others for higher magic (Spells, Incantations & countless other forms).

A world with two antagonistic superpowers and an island nation forced to the brink of extinction.
Protectorate of Vaishya: The world’s largest trading union. Calcutta, the capital is the wealthiest city on earth, and ruled by the benevolent Zimran royal family, who seeks to establish a trading monopoly on unique Andanian magic.
Empire of Saadian: The world’s mightiest slave empire. Riyadh, the capital is the grandest city on earth, built on the backs of countless slaves, and ruled by the Immortal Emperor Xerxes, who seeks exclusive rights to the immense military potential of unique Andanian magic.
Andania: In its golden age, its unrivalled magical wares were famous throughout the known world. Magical artifacts with unimaginable power, flying fleets of steel, and enchantments that rivaled the divine blessings of gods.
But today. An aged powerless king clings on to power with his two young daughters, the last of the ancient witches of Andania. And as the fleets of both Vaishya & Saadian crest the horizon, the survival of the nation is threatened as never before.

And two princesses that simply wanted to spend a happy childhood together in peace.
Laura Alexandra Muriel: The willful & stubborn elder sister and The Witch of Andania, the title granted to the most accomplished witch of her generation. Her sworn duty, to sacrifice even her very life, to ensure the safety of her people. Her greatest love and lifelong competitor, her dearest younger twin sister.
Lily Alexandra Muriel: The kind & supportive younger sister and the undisputed genius in the zither and song. Her only wish, to live in peace and quiet with her elder twin. Her curse, a power that could doom an empire to desolation.

What’s the worst that could happen?
A forbidden Tower, that can grant any wish. A forgotten Species, resides within the darkest depths of the seas. An ancient Serpent, plots to usurp the remnants of the high gods.
Powerful witches, desperate wishes, lost memories. Immortal emperor, devious archmages, blood sacrifice. High gods, undead diviners, hidden costs.
Will the mortal witches finally triumph? Will the Immortal rule the world? Will the gods survive the serpent’s schemes?
And what about that cute fluffy kitten? Will she ever have her heart’s desire?