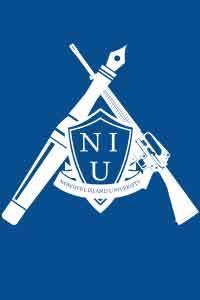 Nathan Jacobs was just another kid from suburban US. No super powers, no special skills, and, more importantly, no direction. With his senior year of high school coming to an end, Nate is approached by representatives of the international law agency, UNIX. They want him, as well as a team of two other teenagers to infiltrate a college in the mid Pacific called Nowhere Island University.
However, Nowhere Island University is not a normal school. Nate, due to enrolling in the Academy of Military Science as part of his mission, is thrust into the brutal Hell Semester, a special course for the people who want to be mercenaries. There, he meets mob hitmen, former child soldiers, mysterious martial artists, cat girls working for secret societies, and many more strange people.
Meanwhile, events outside NIU are transpiring, threatening to destroy the world, or maybe just kill a huge amount of people. Can Nathan stop it? Or will he die in Hell Semester?