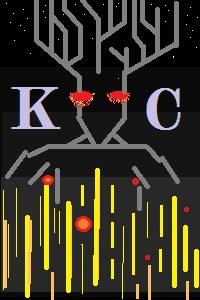 Knight City. In the year 4032, it is the largest, busiest, most action packed metropolis in the world. By default, since it’s the only city remaining. The rest of the globe is a dangerous and wild place, where alien war machines and monsters roam. But who cares! It’s great time to be alive, and there is no place more alive than Knight City. The City is constantly in motion, ever changing, as new neighborhoods spring up each week and venerable establishments are crushed under the feet of fearsome behemoths conjured from a realm beyond time and space.
Knight City- home to the sounds of a thousand different languages, a worlds worth of culture to see, the smells of a horribly overtaxed sewage system! It is the last beacon of civilization, an ever-swelling bastion from which mankind shall launch its glorious return! Don’t worry about all the wreckage; it’ll all be built over by tomorrow. There is a whole group of heroic giant robots safeguarding all of humanity, defending the city no matter the odds. The terrible, terrible odds that any of us will see the next sunrise! Haha, no need to worry though!
Because even in the twilight of the human race, there is one place that hasn’t dimmed a bit. Heck no, if anything, Knight City is shining brighter than ever! When the sun sets on mankind, Knight City will still be going strong partying, plotting, building, shopping, drinking, and brawling through the night.
While you’re there, keep an eye out for Captain Ael Lane, cool and collected pilot of the Earth Guardian Force’s latest and greatest giant fighting robot. She’ll need all the help she can get, as invaders from Alpha Centuri have been sending monsters to destroy the city on regular basis. Marvel as she topples outlandish alien foes with verve and overwhelming fire power. Cheer as she teams up with an ever-widening variety of broody heroic types, friends, and frenemies. Perhaps you’ll even learn some valuable lessons about working together, bravery, and the power of love. Probably not, but you never know!