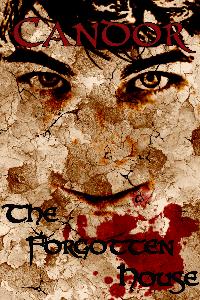 Please read note below
As a 16-year-old mage from a powerful family, Jayce Candor had known from a young age what his future would hold. As the fourth son in his family the possibility of him becoming the heir to the household was very small. But, with his talent as a mage, his potential accomplishments in the military could lead to titles of nobility and political power.
However, on what would otherwise be an unremarkable night, everything he had ever known, the only people he ever cared for, and all of the plans for his future were destroyed. House Candor, one of the six great houses that helped build the Eldoran Empire had been erased from history.
By imperial decree, all those bearing the name Candor were hunted down and executed as traitors of the Empire. With no home, no family, and only death waiting for him, Jayce decided to escape north to the uncharted Northern Territories to begin a new life.
Forced into situations he was never prepared for and trying to cope with his past, Jayce tries to find safety in a place spoken about only in legends. There for the first time, he will make true friends and find people he will come to see as family. He will encounter strong enemies, build powerful alliances, and become a person his ancestors would be proud of.
But surrounded by creatures he thought only existed in tales and pressed by the Empire’s constant expansion, Jayce’s safety may be only an illusion. To survive a world fraught with danger Jayce will need to grow stronger with each new experience and rebuild his once forgotten house.

Note: The story starts slow. Although there is more action as the story progresses, there is a fair amount of introspection and character introduction in the first 30 chapters. Jayce is the main character, however, other characters play a large role and the story is seen through multiple POV's. This is a draft, it is not a finished work. This is not a story that focuses on an OP MC who beats up on weaklings. At times there can be a fair amount of internal monologue. Some of that may be edited out when I rewrite the story. I decided to keep it in the draft because I think it is better to have too much material rather than too little when I edit. Constructive criticism is appreciated as it helps in the editing and rewriting process.