Demon of the Darkest Night 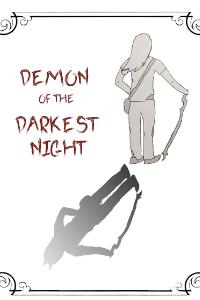 When Mason Nevels is dragged into The Trials, his only priority is finding the means to survive. A single message tells him that he must find the power to ensure humanity's survival before they appear in this isolated plane in several months, and an unknown force equips him with a dangerous artifact capable of making Mason into something more than human: the Staff of Mardun.

The Trials are unforgiving. They pit the best and worst of races from across the universe in a magical battle for superiority, ever-fueled by increasingly scarce resources in a land that can transform in the blink of an eye. But for Mason, a single drop of mana is enough to burn his body from within, and the cost of relying on the abilities of the Staff of Mardun may be the very humanity he's tasked to defend.

In order to forge the strength and alliances necessary to survive the dangers of the The Trials, Mason must balance a growing need for power with the strength of character to retain his identity.