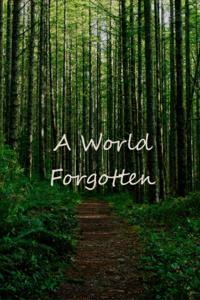 This story will contain lite-litrpg elements, mainly character pages and a town page. There will also be settlement building and adventuring, missteps and achievements. But one thing it definitely won’t have is a harem. Nor will it have an overpowered MC. Contains mild cursing.
feel free to critique my writing and offer input. This is my first venture into writing. I've always enjoyed litrpg/gamelit books. I feel like I write how I talk, so it may be a little different. You won't hurt my feelings if you see something wrong or out of place!
What follows is a condensed part of chapter 1. Enjoy!
Drew Cooper is thrust into a new, unfamiliar world. Waking up in his sweats and t-shirt near what seems to be a forgotten path through some woods, he struggles coming to terms that he's no longer in his apartment. As he tries to cope with his new reality, he hears a horse coming down the path. He hides behind a nearby tree dreading what may happen next. As the horse approaches, he sees a man walking next to it. The horse is burdened with packs and gear. When the man nears, Drew nearly panics. He has a large sword strapped to his waist, obviously a fighter. He continues to hide as the man slowly passes only for the man to stop a dozen meters past his hiding spot.
"You may as well come out, ya know. You weren't as well hidden as you thought," the man stated matter-of-factly, letting the horse’s reins go and putting his hand on the hilt of his sword.
Slowly and scared for his life, Drew raised up and walked from behind the tree. "I-I'm sorry. I wasn't planning on attacking you. I-I don't know where I am. I heard your horse and hid. I didn't know what you'd do if you saw me. I'm sorry," he nervously blurted out.
A minute passed. Then two. The man seemed interested with Drew and stepped closer, eyes squinting as if trying to see something. "What's that on your shirt? Is that. What is that? Is that, Pac-man?" The man was visibly shaken while pointing at me.
Looking down at his t-shirt nervously, "Yea. Yea. I woke up here a few hours ago I think. 3 maybe 4 hours. I’ve just been sitting here. Where am I? What's going on?" Drew asked.
"That's not important right now," the man replied. " What's important is where you're from. What year is it?"
"What year? April something 2020. Why? What's going on?" Drew continued now worried.
The man was taken aback. After a few moments, he seemed to calm himself some. The man sighed and looked at Drew in earnest. "Well, I've got good news and bad news for ya. Bad news is you're not on Earth anymore. Good news is you happened to run into me and not someone else. You’re either really lucky, or it’s fate we met in these woods, and I don’t believe in luck." The man continued to walk towards Drew while talking and put out his hand. "I'm John Mitchell from St. Louis or thereabouts. You’ve got nothing to be scared of by me. Walk with me and let’s talk."