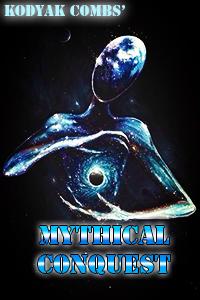 Because of certain events in his past, Logan Cross isolated himself and did everything possible not to stand out.
This is despite possessing a body and mind that far surpassed the normal human.
One day when taking his normal route home, through the back alleys, Logan was caught up in an incident that led to him killing a group of men before dying himself.
Now finding himself in complete darkness, Logan was offered a second chance at life by the dragon goddess Tiamat. To which he replied:
"No thanks. Just make me a panda or something. They have it easy."
Tiamat of course denied his wish, and plunged him in a world where every being of myth not only exists, but they even choose champions called Proxies to represent them in a war that decides who rules the world!

This is a story about a boy who made it his lifetime goal to eradicate the gods!
Watch as he slay gods, demons, heroes, and beasts; and become the Ultimate Evil!