A Maze of Glass 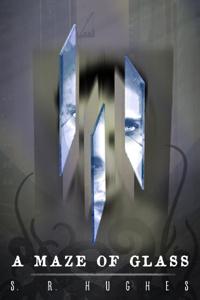 A Maze of Glass follows Zoe Briar, self-honed witch and armed agent of an upper-echelon secret society, across three different decades and chapters of her life as she struggles against magical terrorism, clandestine political machinations, and her genius sister's crippling addiction.

In 1997, Zoe Briar foots the bill on Gillian Briar’s $500 heroin debt. Cut off by their parents, Zoe foots the bill for rehab, too. But like so many other troubled, traumatized addicts, Jill finds a way out of rehab and back to her drug of choice. Rescuing her sister again, Zoe agrees to a dangerous plan: in her mentor Sung-ho’s house in North Carolina, she and Jill will engage in a weeks-long ritual to help shake Jill’s addiction. Dark interlopers and strange manifestations threaten them, but as Jill’s drug-dependence destroys more and more of her future and Zoe’s present…what other choice do they have?
In 2006, Zoe pulls a civilian named Omar out of a supernatural terror attack. Dragging him to a safehouse, she stabilizes his fraying psyche and inoculates him to the idea that magic and monsters are more than mere myths. Suspected by police and knowing nowhere else to turn, Omar joins Zoe on her hunt for a magical terrorist she calls only ‘the Summoner.’ But as Omar, Zoe, and Zoe’s mentor Sung-ho give chase to this seeming-madman, the Summoner’s quest not only accelerates…it begins to make a certain kind of sense.And lastly, in 2016, Zoe’s employers re-discover Gillian Briar after her disappearance six years earlier. Unfortunately, Jill now runs a newfound school for born para-normative and supernaturally-inclined adolescents and teenagers. As small as it is with only three faculty and five students, the Powers That Be believe that the existence of such a school threatens the supernatural secret. Not only do they intend to shut down Jill’s school…they intend to shut it down with extreme prejudice. Zoe engages in on-the-ground espionage maneuvers and from-every-angle political complications in a desperate attempt to save Jill, if not the whole school. As she burns through present-day resources and yesteryear favors, will Zoe be able to pull off the greatest magic trick of her career?And if she can’t…can she at least survive the blowback?