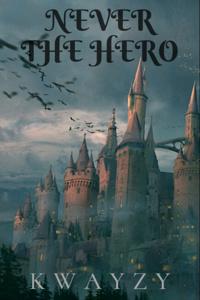 Dying and being reborn as a mighty hero, receiving both the adoration of the masses and the power to right wrongs. A fantastic dream for many, far beyond their reach. Who wouldn’t want to become the chosen one?
Not Simon, that’s for damn sure.
Fate conspires against him, helped along by a ‘Goddess’ who seems closer to devil than deity. Tossed into a world filled with superhuman warriors and apocalypse level monsters, forced to the forefront of an age-long simmering conflict, Simon has to keep up the appearance of their prophesied hero whilst also avoiding instant annihilation at the hands of his enemies. Or his allies. Or anything in general.
Still, he might be able to survive if he plays his cards right. Three trials and he’s done. It might just be another joke, a lie created to keep him in line, but at least acted as a slight glimmer of light at the end of the tunnel. Better than nothing, right?
Join him on his journey through the ranks of overpowered foes toward his final goal: Going home in one piece.

This story has the following elements:

If you're looking for the below, you may be disappointed:

This story was completed a fairly long while ago and is in a rough-draft / first edit stage. If you spot any issues please let me know and I will correct, constructive criticism is welcomed. Depending on the reception we do have two other novels outlined, so let me know what you think of this in the comments or via messaging. :)

Cover was provided for use on this Novel, please let me know if this is yours and you want credit or for it to be removed.