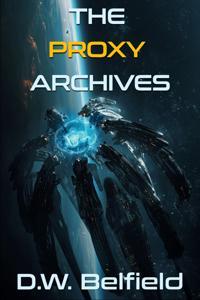 John Ward, 3rd Reconnaissance Company, has always been a pilot for the planetary government of Earth. Since the time he was a child, he had been trained for combat and intelligence operations. He has attended classes ranging from primitive survival training to multi-planetary military strategy. However, the training doesn’t make him special. He’s simply one of the millions of soldiers that are stationed on Earth to defeat humanities’ oldest galactic enemy: the Vulker.
The Vulkur are an alien species that threatens the entire galaxy. They’ve spread through space like an interstellar plague, conquering and terraforming any planets who fall prey to their influence. Sometimes, the Vulkur come in a wave of ships that blot out the sky, and sometimes, all it takes is a single meteor hurtling toward the planet’s surface. The Vulkur don’t just kill their opponents, they convert the biomaterial of their enemies into more of their own. Once a planet has been taken, the Vulkur burrow far below the surface of the planet. There, they create nests that are impossible to destroy from orbit without destroying the entire planet. If a single Vulkur survives, they can grow to reinfect the planet.
Humanity has been the only species capable of stopping the Vulkur due to a unique technology that the government has kept secret from their Coalition allies. Humans have gamified warfare with the ability to clone themselves and then upload a separate consciousness into the body. In and of itself, the technology isn’t unique. However, humanity has discovered how to transfer consciousness over the vastness of space. Pilots like John Ward “log-in” to these clones—commonly called Proxies—and fight humanities’ battles in distant planets in other universes far from actual danger. As a result, humanity has been able to stay in constant war with the Vulkur and keep them from taking over the entire universe.
Due to their efforts against the Vulkur, humanity has become the leader of the Intergalactic Coalition, a group of sentient races organized to stop the Vulkur and the threat they pose to the rest of the universe. However, some in the Coalition don’t believe humanity—the youngest of the member species— should be the leading the rest of them. Many resent the humans and believe that had the humans shared their military technology, the Vulkur could have already been defeated.
Meanwhile, some members of the Coalition have reported that humanity’s technology isn’t as perfect as the humans claim. It has always been a part of the strategy against the Vulkur to prevent any biomaterial being left behind by using biological kill switches within every clone. This was a necessary measure to avoid allied corpses being converted and starting a new infection of the Vulkur. However, some have seen clones who seemed to be sentient long after their pilot had left the battlefield. The allegation has fueled a desire to open up the technology to the rest of the Coalition. The Ambassador to the Coalition has long denied the allegation on behalf of Earth and denigrated the allegation as a political maneuver to remove Earth from power.

Secretly, a unit of pilots has been organized to hunt down these claims and report their findings to their leadership. In pursuit of the information, they have found themselves in a distant galaxy on the edge of Vulkur occupied space. When a surprise Vulkur ambush takes them unaware, the 3rd Reconnaissance Company is activated to assist.