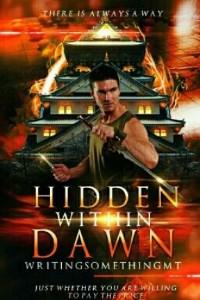 Everyone has a reason why they want to exist in this world. Even if it costs them all they have, and even if they were never meant to be alive in the first place. But their past always catches up to them at the end of the day.

For Kazuho, he had set aside his past and his former self, for the sake of revenge and the honor that he has lost. And his secret is one that can end him, and no matter where he goes it will be something that will be seen.

For Sachiko, who is the daughter of a Daimyo with a secret. She has a spy network which her father left her, but she has never understood why her father made it.

Their paths will cross, when a mysterious death occurs in the vibrant capital of the city of Okiban.