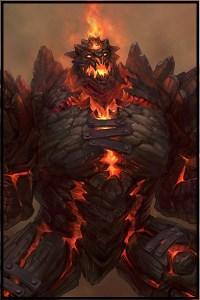 An old, banished alchemist finds himself conducting an experiment of the most taboo kind - creating life. A ritual has been laid, the stone golem placed, and all the ingredients and magic spells prepared. The alchemist was sure of his success, but even with a lifetime of scouring he had not prepared enough. Minutes into the experiment, his soul was damned, as the ritual accidentally sealed his very essence into the stone golem.
For thousands of years he laid fusing with the golem. The old era has passed, and a new age has ushered in. Great powers, monstrous beasts, and plotting giants seek to claim this era as their own.
Then he wakes.