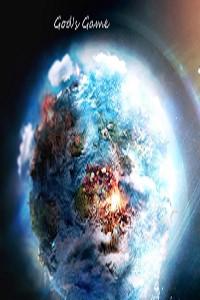 The Gods gathered together in a moment of clarity and created a world where people could battle, gain powers, and eventually enough power to kill them and take their place.

After a millennium, they still have little success. Some of the combatants have died, others have given up and accepted their lives as they are, others turned their back on their original calling entirely, rebelled and have decided to wage war against this world and the reason they are there. So the gods keep scooping people up from the various worlds they've created in hopes of finding their death. They had gathered from six of the seven worlds they had available to them, now they have no choice but to gather combatants from the one world they swore they would leave alone: Earth.

The world was dying and the people seemed hell bent on killing each other, rather than focusing on keeping their world alive so they could all live peacefully. Earth wasn't an ideal place to choose from, but the Gods had no choice.

With new combatants gathered, each blessed with a gift from the Gods, they are set loose in the world of Taimin. The play ground for the replacement God candidates.

However, this time, the combatants are unaware of their true purpose, so that maybe, they can accomplish the God's true goals. Another round of God creation has begun, but with secrets kept from them, and others hunting for their deaths, can they survive the first rounds, or will they perish because of the weaknesses they carry?

NOTE: I do not own that cover, I googled fantasy wallpaper planets and I found that one. ^_^

Also, this story will slightly be fanfictiony as some weapons and elements may come videos, shows, and/or books.