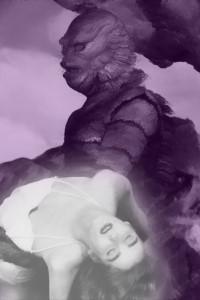 The year is 2071 and VRMMORPGs have been illegal for a while.

A young man named Aylen lurks around the Internet underworld, playing illegal distributions of once popular online games, but none of them really attracts him for a long time until he discovers Abyss Core, a pirate version of the Nightmare Online, a grostesque Victorian era VRMMORPG that used to be the most played game in history.

Although the game was known for its highly advanced AI and ambiance, some details seem too impossible for Aylen and other players around him and they rapidly discover that Abyss Core may not be a game just like any other, breaking the frontiers of what is real or digital.