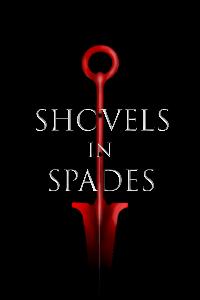 We all have dreams of becoming powerful, becoming the cool mage that rules the world, becoming the dashing rogue who steals the entire treasury of a Kingdom, or perhaps, the valiant knight whose prowess on the battlefield is unmatched by all.

However, when the apocalypse strikes, you can only use what you have at your disposal, be that guns, baseball bats, your fists, or maybe, just maybe, shovels.

One young man who goes by the name of Darenzo has just had his world altered into one that is now the focal point of some sort of experiment.

Just at the end of his shift in the recycling centre, a worldwide announcement was made that not only changed Darenzo's life, but the lives of all of the inhabitants of Earth.

Now Darenzo's main hope of survival in this new world is to find as many shovels as he can because they are his chosen support. Without them, he would be incomplete, it is now time to watch him soar and spread his wings. Some people were built to live in an apocalyptic world, Darenzo is one such person.