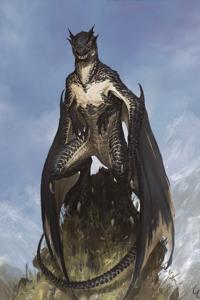 Millennia ago man's continuous acts of heresy managed to incur the wrath of the greatest of the pantheon, the silent screamer, she who was before there was, the Void. A being so feared that no known race dared name, only referring to her by her title or element. It is said that she was so incensed by mankinds atrocities that she did what she had only done once before at the birth of time and existence, she spewed forth from her endless womb a new force. You see prehistoric man apparently prided itself in some system of obtaining infallible knowledge through stringent obsevation and experimentation of recurrent natural phenomena, whatever that meant, and so she broke it. The new force later dubbed Despair was found to be not only largely undetectable by conventional methods but unpredictable and wimsical. The only thing one could reasonably expect was that given enough time and quantities of the pseudo force any object subject to it would change, and not even that could be taken for granted. As if that was not enough even the effects of Despair on non human flora and fauna was generally positive whilst its effects on man however were physically beneficial, mentally degrading and aesthetically unappealing on the whole. Luckily for mankind The Void in her cruelty left safe zones free of said force so that mankind could survive, naturally extending its suffering. So the rest of existence continued to flourish in this new era, some beings going so far as to develop man's touted sentience whilst mankind regressed, continuously beset with brief never seen before plagues. Eventually man was broken, an all but extinct species and The Void finally relented in her anger, the Despair would no longer seek to destroy mankind, rather they would be immune to it for the most part. Still the harm was done man would never return to its former glory should it survive at all. Surrounded by rapidly evolving lifeforms man could only wait for its quiet demise. Historians disagree on various parts of the account but no where so strongly as here, for some reason whether nebulous or benign a God, who might have been the deity of War, Chaos, Time and Order, Nature and Coexistence or Fire gifted a man with a mark. He or she would be the first deviant, the first to not only positively benefit from Despair but bear children who too might deviate only they would face the risk of negative shifts. For equally contested reasons the act caught on, until man was the only known being to have the potential to deviate under any of the pantheon. Still compared to the other species man's odds were slim with only small percentage of deviants and so the once proud rulers of worlds set out to survive in an ever changing world.
Disclaimer: Cover art is not mine, if the artist wants me to remove it please comtact me