From RPG-like World to a Xianxia World 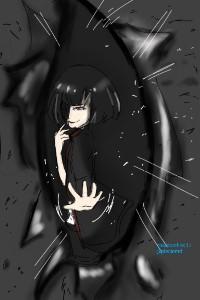 Sakamura Luna was a summoned hero. Unlike the summoned protagonist who had life and death battles, and go through betrayal then revenge... Luna's life as a summoned hero was quite smooth, as she lesisurely enjoyed her life.

Years passed in a blink of an eye....The Summoned Hero Luna, a Living Legend, created the Empire consisting of 107 kingdoms within it. Luna was revered as God, Goddess, Saint etc. by the common people. For all they know Luna was a Saint who have arrived in their world to save them, but for Luna, she was just a normal person given with the chance to transmigrate with the price of arraging this world.

After thousands of years, Luna reached Level 998 was pretty much like an immortal. She did almost all of the unimaginable things on the world. Even the administrator of the world had thoughts of throwing her on the Spatial Space so that her sould would be gone for good.

But she, who liked to do the unimaginable. Visited a certain cursed forest.