I Am the "God of Death", Whatever That Means 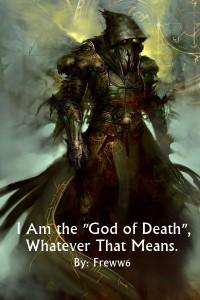 On the 100th floor of the ancient dungeon "The God's Dwelling", there is a choice for whoever makes it this far. That choice is one of 7 doors which are believed to be "The Godly ones" which are beings who are on par with that of God. No one knows how they got there, not even themselves. This story follows the "God of Death" which is behind the door of skulls. All he has to himself is his "music" from his past life which he just listens to over and over again. He has fought many and has killed them all but the one who has entered this time, maybe they don't want to fight for once?

Warning: The MC is extremely over powered but is a bit of an air head in the beginning due to never leaving his room. So if you don't like this kind of setting this is not for you!