Champions of the Boundary 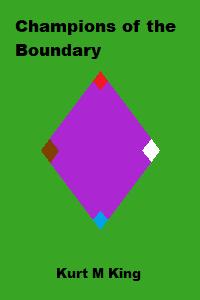 In reality, there exists a realm between reality and fantasy, where all maner of magical creatures exist, and the warriors summoned as they died in reality fight against the forces of a powerful being known only as the Shadow of Life. Here, they live in a world with experience and Levels, Classes and Skills, and they fight against monsters, training for years just to achieve a Level that can allow them to make a small difference.

Yet even with this training, it is not enough. The Crystal Adventurers are forced to retreat further and further every year as the Shadow of Life's monsters grow stronger and more numerous, destroying cities at an increasing rate. If the city of Maelnor falls, then it will be less than a year before nearly all of the Crystal Adventurers are wiped out, both those brought to the realm upon Death, and those born and raised there.

Legends tell of a prophecy that describes a team led by the legendary child of the prophecy, a child whose destiny is not to end the Shadow of Life, but to act as a harbinger, one whose very existence will turn the tides of war, one who must meet three seemingly impossible or currently unheard of criteria before the tides truly change.

This is the tale of Team Noruva, which consists of a quiet, yet wise healer, a silent, but thoughtful rogue, a knight with an iron will, a wolf beastborn who gained access to the System, and their leader, who ignores the impossible and does whatever he wants, because why the hell not?