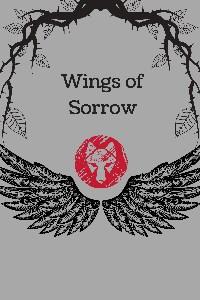 Occupation is a heavy weight to bear. To watch one’s culture, freedoms, and religion be crushed beneath the heel of foreign troops. Soldiers from the south bearing green cloaks and royal seals maintain order in the streets of Bleakridge, ensuring that the lifeblood of commerce continues to flow through the port city. In the slums beyond the outer wall, the Sons of the Reaper lurk. Some call them heroes, other’s villains, but all fear them for their relentless devotion to the old ways and all that entails. In the castle above the city, resides the Earl of Bleakridge. The man who bent the knee and saved the lives of his people, if not their soul.
Grim Thorne, the disinherited son of the Earl is the fly caught in the web of power struggles between these forces. Sympathetic to the Sons, duty-bound to his father and forced into service to the king. He must rise above the brand on the neck and decide where his true loyalties lie. But after living through twenty years of occupation it can be hard to tell who is even deserving of loyalty any longer. The King’s men who enforce order with a blood-soaked iron fist? The Sons who more resemble terrorists and crime lords than revolutionaries? Or the father who watches the bloodshed and does nothing? In the end, it is always the place of the young to put to deed the sins of the old.