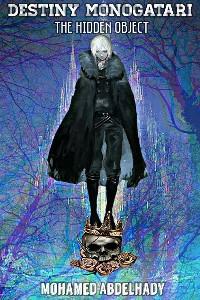 Before 15 years, In Paradise kingdom which was ruled under the Nobility System. The last member of the Ruling family disappeared in a mysterious incident so the whole country nearly walked into a civil war.

Ganzo and Seel , the two of them were in the royal army and the rule the Families of the East and West respectively, they controlled the country using their influence around the Kingdom. They agreed to continue ruling the Kingdom under the Nobility System which was not to be changed easily.

In this Kingdom in which Magic (Gaibo) is everything, there are 4 main families,

Each of these families rules their own land and under them there are smaller families that declared their loyalty to the ruler family of the land.

Each Family has a single ruler called the Father. When the father is to be changed for any reason, the name of the family is also changed after the name of the new ruler.

Since the Kingdom relays on Magic (Gaibo) – will be discussed later- each family has their own Magical Techniques and Skills that you will obtain if you have the blood of this family. These Skills are initially unlocked by saying specific words for each Skill.

The public –not noble- are capable of doing the Gaibo Skills but only ordinary skills that worth nothing in wars.

Along the Kingdom, Medical Guilds are scattered. These Guilds are usually used by the noble families that hire them to heal the injured warriors. Noble families also send their daughters to these Guilds to learn The Skills of Healing.