The Lion of Centauri 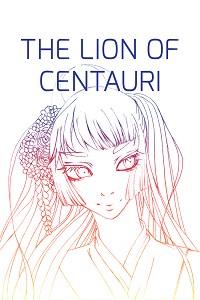 Leon Villarreal is a name sung across the solar system. As a renowned mercenary, he led fierce campaigns across the sands of Tejas. As a reluctant soldier, he battled monsters in a distant region of space. As a returning hero, he served as an imperial guard on Earth’s lunar colony. Now he has a new task: becoming an ambassador to Mars.

The Lion of Centauri is volume one of the Dark Energy Serial.