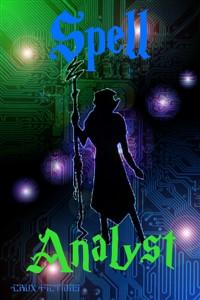 Jude a Systems Analyst and Murl a Physicist find a new universe created through absorbing information from our own. This universe is quite different as it was overly influenced by computers. During one experiment to create avatars to explore said universe the two get sucked in themselves. Somehow Jude gets sent thousands of years later than Murl and he finds himself in a world of magic and swords. However, there is a game like system that seems to control everything.

Jude decided to gain levels and power so that he can find out what happened to his friend Murl. Along the way, he stumbles across a quest that will lead him to the truth of the Universe.

WARNING: MAY CONTAIN GOD AND SATAN