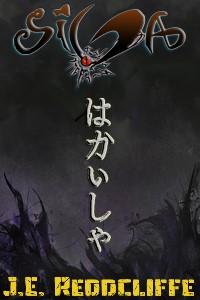 Fantasy and Magic meets Science and Technology. In this epic story of brotherly love, friendship, struggle, and conspiracy, come join in on an adventure that will take you on the journey behind the legend of one of the most beloved stories ever told!

THE VIOLENT QUEST BEGINS!
Rex is a talented young adult, prodigy, genius, and a charismatic young leader. His world is what you'd call peaceful until an accident changed his and his baby brother's life forever. Without money, in a body torn apart by the tragic accident, to save his brother in a coma, Rex jumps out of the frying pan and goes straight to the fire as the deal with a devil brought him into a world of war and tragedy, where people go looking for adventures but come out as warriors battling monsters and greedy foes. This is a story of triumph, adventure, trust, and deception in the Virtual World called Terroa, as seen from the eyes who created the legend behind the greatest villain ever known
—The Destroyer.