Shaleen the Wanderer {The Sphere} 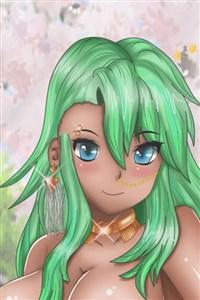 Martin Cortan was a successful geek working as a web administrator for a big company, when he was snatched out of his life by a god-like immortal trickster as an amusement project – and perhaps something more.
Send to a different world as a woman cursed with a harem costume, Martin now has to deal with dark cultists who want to sacrifice her, “heroes” that want to rape her and other inconveniences. And there is something strange about the Sphere, the world she now has to survive in…
Follow the story on how Martin Cortan became Shaleen the Wanderer and see where her travels take her, even beyond the stars themselves.
(Author’s note: there are reasons why this sounds cliché, but that is only for the beginning – I don’t create simple worlds…)

Comments on the tags:
Gender Bender is not used for comedic purposes – on the contrary I want to try to describe how someone would realistically react to this and what problems it might cause
Sexual Content: there are no explicit descriptions of sex scenes planned, but the MC will be forced to consider the consequences of the gender bender including sex and childbirth, and that is the reason for the tag. The second chapter will show the maximum level of descriptions I’m planning in this regard, use it to judge yourself (if I ever write something more explicit than in the second chapter, I’ll change this part of the summary).
Grimdark: This tag is imho a bit too broad, so here a better description: I call the worlds I designed to be “Fantasy Noir” in reference to Film Noir. This world is not apocalyptic and civilization still exists (and might even be great), but Society has failed and corruption and decadence are wide spread. This is also why there is traumatizing content like slavery and murder.

Plans change - as some of the people who follow "The General Core" have already read. I'll focus more on the "General" and less on this story in the future, which includes removing some of the more complex plans from here, making publication easier.
I'll write the first story arc as planned (the first three releases for the next three weeks are already written) and after that I'll update this irregularly depending on how much time I'll have (The General Core is guaranteed a weekly update).
Here are the links to the other stories of the Sphere:
The General Core (Dungeon, SFW)
Info's on the Sphere (System Docu and Short Stories)