Chosen of the Veiled God: Throne of Vega 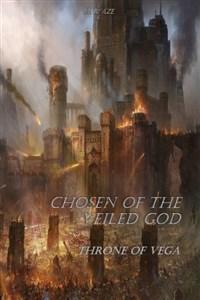 The fires of war burn through the northern nations. The Free Cities are locked in a brutal civil war. It is the greatest time to be a mercenary. It is the greatest time to be a part of Death March's 1st Company. A band of misfits, outcast and psychopaths. The most brutal and efficient Mercenary Company to roam the lands north of the Dead Sea.
Few can afford them. Many want them on their side.
Death March follow only their own mad code of conduct… and the will of the last god to walk the mortal realm.
In the name of the Veiled God, they will help the world burn as His chosen ones.

Chapter updates will be unscheduled until I sort out a lot of things IRL.