Play On! My Lovely Goddess! 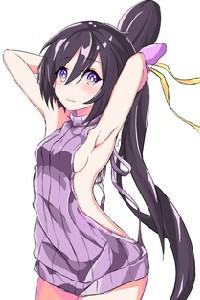 Ever wished you could look like one of your game characters?

Li Rou was a failure in life, leeching off her parent and addicted to a mobile game known as [Goddess's World].

However on one mundane day, her life was turned upside down by the [Goddess's World] system which allowed her to increases her attributes and provided her with unbelievable items and powers.

Follow Li Rou's progress as she transforms from a NEET to a beauty!