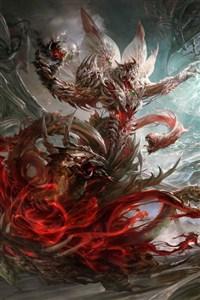 To the people of Eversummer, Subitism, their religion, was everything. Every child was educated on the history of Subitism from a young age. Eons ago, in the age of eternal light, every man, woman, and child was dedicated to the great one, and in turn, he protected them, imprisoning the dark gods who aimed to manipulate his children, and preventing the ethereal sea from spilling into our mortal realm. Life may have continued like this, a utopia of perfect balance, if not for the foolish king, aptly named King Alden the Foolish. He had attempted to access the ethereal sea himself, in hopes of ascending to deity-hood. Not only did he fail, but he caused the merging of the worlds, and the ethereal sea came crashing into our world, filling our mortal plane with enough energy to destroy every city a thousand times over, and introducing the dark gods to our world, who quickly began plotting their revenge.