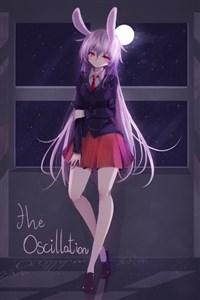 It was an average day in Miami—then fractures in the sky appeared. A pulse from those cracks altered the population; some people's biology changed while others received magical and supernatural powers. After the chaos, the political drama ensued, followed by the discovery of portals that brought deadly creatures. They called this event "The Oscillation" and it changed Rachel's life forever.
Note: I've received some feedback that people don't like the foul language. This also included my mother, she wanted me to make a cleaner version for her. So, I thought I might as well release it alongside the more explicit version. I went back and rewrote the parts that have profanity in them; I don't know why people complain about the profanity and not the violence but to each their own. ^^7
Cover Commissioned From Likesac ^^7