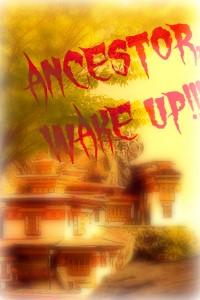 The thirty-year war against the two world superpowers had ended.

The Dragon Mountain continent had won. After sacrificing so much for the continent, winning the war for his people, The Leader who United the Continent, An Shan, had to go into deep sleep.

In a blink of his eyes, times had gone by.

Finally waking up in the world he left for many years, An Shan began his new life with new people, new culture, new things to see. With the population booming, there were ten times more people than he could remember, yet also with ten times more problems. He slowly unraveled the problems gripping his new generations, thus decided to go out, fixing them without the two superpowers knowing.

It was supposed to be a walk in a park for this super senior, albeit with one little problem.

Ah, this tranquility… so peaceful.

Huhu… what a bliss…

Wish this could last forever… Ahh~~