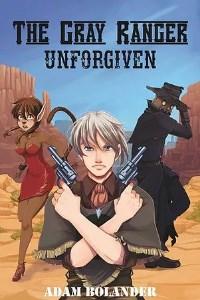 Tassendile is a country where magic and firearms are used side by side, humans exist beside bizarre creatures, and the four moons grant people incredible powers. For two thousand years, Vashiil, the malevolent Black Moon, has been imprisoned in the Graylands. It is the job of the Gray Rangers to patrol this cursed dimension and ensure that it and its minions never escape. They have only one law: never fall to Vashiil's temptation. Never use its power. Kulgan was found guilty of that sin, and has been on the run from justice ever since. Now, after years of exile, the kidnapped daughter of a powerful governor may be able to give his life meaning again. Spoiled and petulant, the young lady Adlis is so desperate to get home that she will accept help from anyone-- even someone like Kulgan.